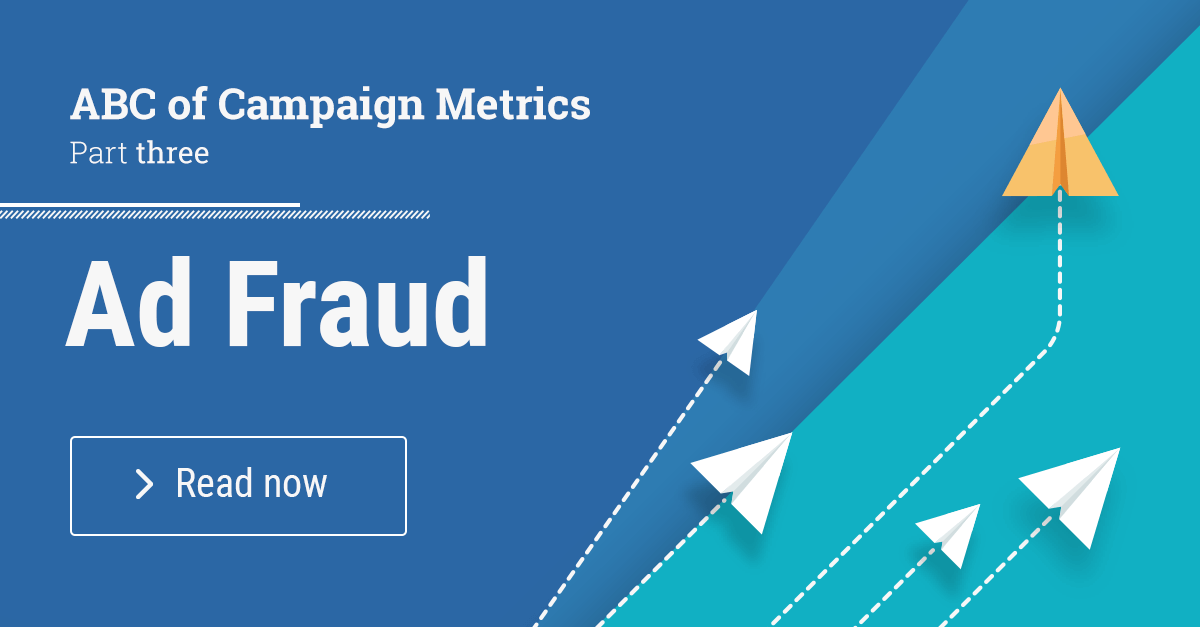 As advertising technologies evolve, so do fraud mechanisms. The higher the degree of digitization, the more potential for digital fraud emerges. With more and more ads traded programmatically and fraud detection processes not yet fully developed, a sizable share of advertising ends up being served to bots instead of real users.

Definition of Ad Fraud
As defined by Integral Ad Science (IAS), Ad Fraud is “any impressions resulting from a deliberate activity that prevents the proper delivery of ads to real people, at the right time, in the right place — resulting in financial or opportunity loss by the advertiser and/or publisher in a particular transaction”. To put it simply, Ad Fraud means advertisers are paying for impressions and clicks that never happened.

What types of ad fraud are there?

There are several distinct kinds of ad fraud. Let’s take a closer look at the most common ones.

What is the current situation with ad fraud?

According to Statista, in 2020 the worldwide economic losses due to advertising fraud amounted to USD 35 billion. The size of the global digital advertising market was estimated at USD 333 billion, which means the share of ad fraud is more than 10% of the total. The United States suffered the largest losses, followed by China and the United Kingdom. In Germany, the estimated figure in 2020 is USD 0.73 billion. Moreover, according to Statista’s estimates, the annual global losses from ad fraud will keep growing and reach USD 44 billion in 2022. 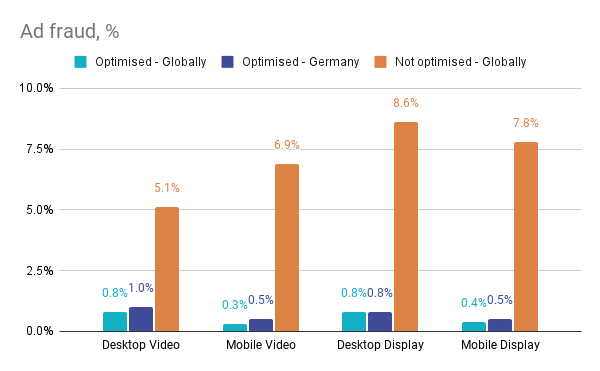 How to detect ad fraud?

Detecting ad fraud has certainly been a big challenge for both advertisers and publishers. There are several specialized providers in the market who use proprietary algorithms based on machine learning methods to identify fraudulent behavior, such as abnormally high CTRs and poor or no campaign performance. Relevant URLs and IP addresses are added to a blacklist. Most popular among those providers include Integral Ad Science (IAS), DoubleVerify, Moat, Fraudlogix, and Pixalate.

What are the trends in ad fraud?

According to the Global Insights Report 2021 by DoubleVerify, the violation rates related to post-bid fraud and sophisticated invalid traffic (SIVT) were down 30% year-over-year in 2020, from 2.0 to 1.4%. The increased adoption of pre-bid avoidance solutions and platform certifications help identify and filter fraud and SIVT before it becomes an issue for advertisers.

"The margin-chasing of some of the intermediaries which just characterized programmatic advertising in the past – that time’s over. There’s a macro social debate, there’s a regulatory debate and there’s now also advertisers on the basis of this, voting with their money, meaning that you need to stand out as a clean vendor in this space to continue to attract budgets"

What can be done to prevent ad fraud?

There are several guidelines you can follow to minimize the ad fraud rates for your campaigns.