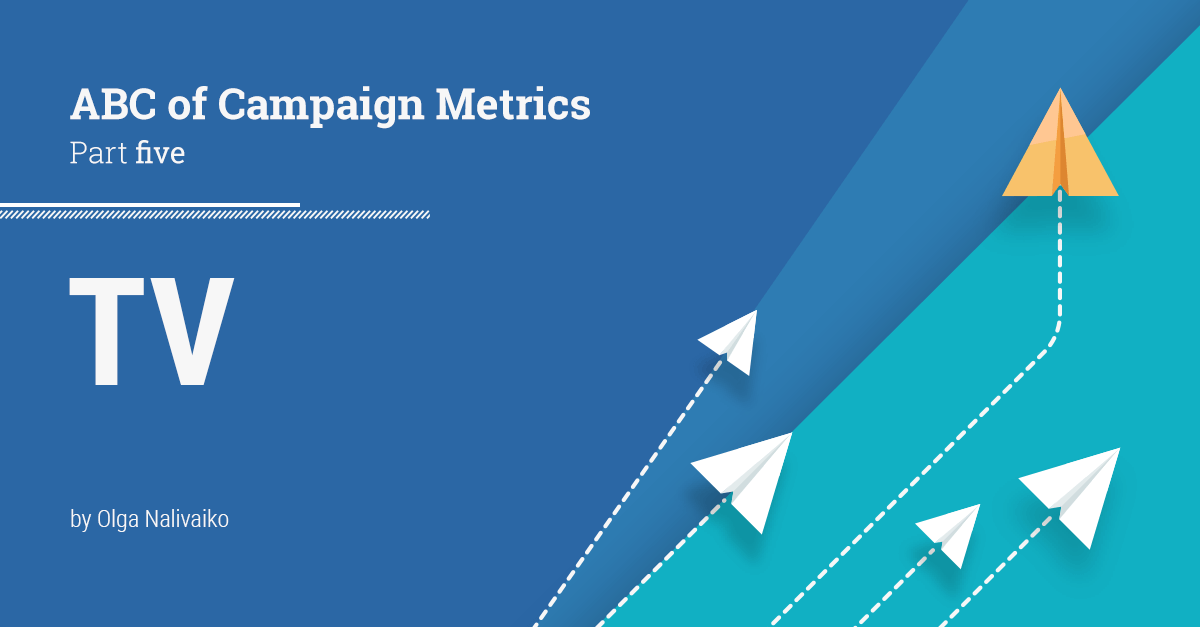 In spite of the impressive rise of digital ads from zero to hero over the last two decades, TV is still the most important medium in Germany. According to Nielsen, its share in the gross advertising spend in 2020 was 46.6% versus the worldwide benchmark of 32.4%. The total spend on TV advertisement in Germany amounted to 3.8 bn Euro, reported PwC.

There are several reasons why TV remains a popular ad medium. First of all, in spite of significant costs, it is still reaching the broadest audience, building brand awareness, and bringing advertisers high ROI. According to multiple studies, TV advertising also ensures synergies, enhancing the impact of other media. Therefore the fear that digital channels will completely cannibalize this classical medium seems unsubstantiated.

However, TV campaign metrics - and this refers to traditional TV, not connected TV - are quite puzzling when compared to the digital media: it’s impossible to track every viewer personally, let alone his or her actions following the exposure to the ad. Moreover, it's impossible to prevent anyone from seeing an ad, as linear TV can't select whose eyeballs are in front of it.

How are traditional TV audiences measured to calculate the metrics?

A representative sample of families are participating in the panel in their respective countries. The demographic, social, and geographic parameters of households are supposed to be representative of the entire population of the country in order to provide the most accurate extrapolation results. It’s important to remark that participation in the panel is only possible upon invitation from the measuring organization - no “volunteers” accepted. The families are retributed for their participation though.

Homes of participants who agreed to take part in the panel are equipped with special tracking devices that capture information on what’s being viewed, when, by whom, and how many people are watching it. Every member of the household is supposed to be confirming their “presence” in front of the TV at any given moment. This information is gathered and processed daily and it serves as the basis for measuring the audience of a particular TV show, both in terms of quantity (number of contacts) and quality (demographic, social, and geographical information).

These panels form the foundation of media buying in traditional TV. When a brand is targeting a particular audience, the panels can help predict which channel and at what time of the day they would usually be watching.

Which metric is used as the common currency for linear TV?

As said, TV panels are providing the precious data to select the right channel and time of the day to find the desired audience; but they also limit the number of options available to generic “buying audiences” segmented by age group, revenue, geography, and presence of kids (including their age) in the household. These buying audiences are defined according to the universe size (number of people to which this audience is extrapolated).

The base currency for traditional TV buying is the Gross Rating Points (GRP), which is what panels actually measure.

1 GRP equals 1% of the selected “buying audience” reach. The absolute value of a GRP is therefore dependent on the size of the buying audience, or the "universe".

The Price of “buying audiences” varies depending on how difficult it is to reach them, e.g. younger audiences are less likely to watch linear TV than more mature segments of the population.

What other factors are impacting traditional TV buying prices?

It describes how well a target audience matches with a channel audience. Affinity is normally presented as an index calculated the following way:

The affinity index allows advertisers to select the channels and programs with the most suitable audience (i.e. the highest share of the target audience).

Certain positions in commercial breaks are considered premium since they usually have a higher reach than the rest of the ads. Usually, this refers to the first, second, and last positions - the time when people are more likely to be in front of the TV, not to miss the end or start of the show.

The TV activity is split between daytime, access time, prime time, and night time. The prime time is the period with the most people in front of the TV at the same time, it is usually a family show or a sports event like football. The actual primetime hours vary from one country to another, depending on the local habits. TV advertising during this time costs significantly higher but is supposed to also have a higher reach and impact.

Fewer people are watching TV when the sun is shining, or when they are on holiday and traveling; the same is true for the season when the propensity to consume is lower, for instance in January and February and in July in Germany, or in January and August in France, Spain, and Italy.

The GRP ratings from a particular “buying audience” can be added up overtime during a campaign. They can be then extrapolated based on the following calculation:

One can estimate the number of probable exposures to the ad and thus calculate the global campaign reach.

There is quite a lot of confusion in how these terms are used - very often people say “GRP” but actually refer to “TRP”.

This metric describes the percentage of the audience that should have been exposed to the ad at least once. Reach can be measured per spot or for the whole campaign. It can also be broken down into time intervals such as day, week, or month, or accumulated over the entire campaign period.

This metric however doesn’t say anything about the quality of contact - maybe the viewer went to make himself a cup of coffee during the commercial break. Reach is always just a rough estimate.

That is why it is usually agreed that an ad needs to be “seen” more than once to be remembered - it is standard to agree to at least 3 exposures to have an effect. In this case, we are talking about Effective Reach at 3+, or reach@3+ would be the percentage of the population exposed to the ad at least 3 times. The relevant threshold should be determined by the advertiser based on data analysis.

Reach is also divided into Net Reach - the total number of people who saw the ad at least once - and Gross Reach - the sum of ad viewers every time the ad was displayed (the total of contacts).

OTS ("Opportunity to see”) stands for the average number of times the ad can be seen by individual viewers of the audience on its regular schedule.

Frequency represents the average number of times a viewer sees the ad throughout the campaign period. This is equivalent to the OTS we mentioned before.

The recommended frequency level depends on the specific campaign objectives, the sector and competition, and the complexity/novelty of the product.

Usually, there is not only a minimum but also a maximum threshold - if a viewer sees the ad way too many times, that can actually have a negative effect on his or her buying behavior - this is called “saturation”.

The advertising industry generally assumes that seven to twelve contacts per target person are ideal but these contacts can be achieved through different channels - not necessarily all of them through TV.

What about the evolution of TV audience measurement metrics?

TV is no longer limited to linear. Connected TV offering subscription-based services without advertising or VOD / replay programs with addressable TV using the programmatic advertising approach has changed the landscape, bringing TV and digital together on the same device, but with two different measurement solutions.

Traditionally, linear TV has been measuring the impact based on GRPs, whereas digital advertising measures the reach in terms of impressions – how many times each ad is shown on a viewer’s screen. Digital used to be an individual screen, with one pair of precisely identified eyeballs in front of it. As Lauriane Tiard-Caillaud and Stefan Beckmann discussed, over 3% of German TVs are internet only without connection to the TV channel network.

This ability to better target the ads in digital channels is believed to be the key driver behind the redistribution of advertising budgets from linear TV to digital. Introducing a single currency could help balance the market.

A broadcaster selling advertising based on impressions can bind the pricing to the CPM (Cost Per Thousand) and join together the number of impressions that can be served on both digital and linear. This will enable broadcasters to sell multi-platform campaigns based on one currency: impressions. Having a common currency is a crucial prerequisite for the digital-linear convergence the entire industry is moving towards.

Current panel models were known to have imperfections before, but now they are also undercounting the “TV time” as they cannot take into account the viewing beyond the linear TV. On the other hand, buying TV impressions as we do for mobile impressions is putting two extremely different types of context and impact on the same scale - this also has been taken into account before. We will discuss this in more detail in a follow-up article.

What is a GRP, or gross rating point?: https://digiday.com/marketing/what-is-a-grp-gross-ratings-point/

Digiday.com. What is a GRP, or gross rating point? https://digiday.com/marketing/what-is-a-grp-gross-ratings-point/